Indoor and Outdoor LED Lighting for the Home or Office

Indoor and Outdoor LED Lighting for the Home or Office 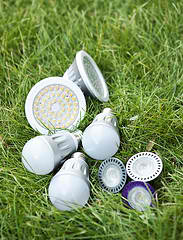 The LED technology behind LED lamps has been around for a long time, but its practical application, as a replacement to traditional incandescent or CFL lighting in lamps, is a relatively new concept. LED lighting technology has made enormous strides in quality, availability, utility, and longevity, making it a viable alternative to costly, wasteful, traditional lighting in the home or office.

At Spectrum Electric, one of our specialties is LED lighting technology consultation, upgrade, and installation. We have the experience and knowledge necessary to maximize your cost savings in both the short term and the long term, as well as minimizing your initial expense. If you haven't considered it before, LED lighting has several advantages over typical incandescents or CFLs, for your pocketbook , for your health, and for your planet.