When is it Time for an Electrical Service Panel Upgrade?

When is it Time for an Electrical Service Panel Upgrade? 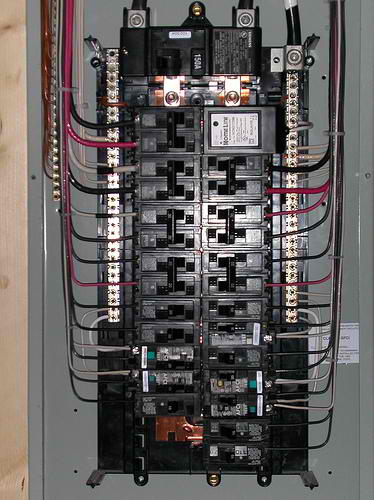 Most homes built before about 1960 used fuses and fuse panels, rather than circuit breakers and service panels, to distribute electricity throughout the home. While fuses and fuse panels themselves are not necessarily dangerous, it is dangerous to supply electricity to a circuit with a fuse of a size different from the size of the circuit's wire. In the past, when fuses would go bad, homeowners would often replace the fuse with a higher-rated fuse in the hopes of more capably managing the load on the circuit the fuse was responsible for protecting. Unfortunately, an incorrectly sized fuse will allow too much current to flow through a wire designed and rated for a lower load. When this happens, the wire will get hot, overheating and potentially causing an electrical fire. With circuit breakers and electrical service panels, the risk was mitigated by the breakers and circuits being more difficult to change, causing more homeowners to properly resort to hiring a licensed electrician to perform the work. This dramatically reduced the risk of electrical fires throughout the nation, and today circuit breakers are the absolute standard for any new electrical installations. Fuses and fuses panels are now considered to be enough of a risk that they should certainly be replaced in all home installations. In fact, many insurance companies and banks will deny coverage and loans on home with fuses and fuse panels.

Electrical service panel in a state of disrepair

While electrical service panels are generally very reliable, they can certainly become damaged over a period of time. Not surprisingly, water infiltration caused by plumbing leaks or acts of nature are catastrophic for electrical service panels, causing electrical shorts and potential corrosion of the panel's metal components. Corrosion is often a cause of higher electrical resistance, creating areas capable of overheating and causing electrical fires, while electrical shorts themselves are significant fire hazards. Circuit breakers within the panel may also cease functioning properly, losing their ability to trip in the event of an overload or short. When this happens, the electrical wiring is no longer protected, becomes hot, and likewise creates an electrical fire hazard. Improperly sized circuits can also be an issue, causing similar overheating conditions when, for example, a higher capacity circuit breaker has been installed in a lower capacity circuit. As in the case of fuses and fuse panels, banks and insurance companies rely on an inspector to determine their risk when insuring or providing home loans, and any of the above conditions will likely cause a home to fail inspection.

With today's increased reliance on power-consuming electrical devices and appliances, many homeowners will find themselves in a situation that requires a larger electrical service or panel to supply adequate current to additional devices. Most homes are equipped with a service size of 100 amps or less and may require 200 amps to accommodate for items such as computer equipment, multiple appliances, pools, spas, and room additions. We hope this article has helped to shed some light on the reasons you may need to upgrade or replace part or all of your home's electrical distribution system.

Spectrum Electric is a leading power service in Orlando and top provider of electrical service and panel upgrades and replacements. We handle any and all core electrical services, both residential and commercial.