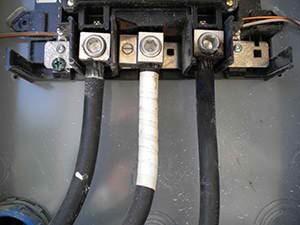 As a top power service in Orlando, we know a thing or two about power surges. Surge protection has become far more important in recent years than it was previously, if only for the simple fact that there are a greater number of devices in most homes that can be negatively impacted by power surges. In this article, we’ll examine the different types of power surges as well as tell you how to protect against them at the whole-home and individual device level.

In the past, it was a generally accepted practice to simply plug any computers in the home into standalone power strips. Then, you were covered against any power surges in the home. That logic was flawed then and it's flawed now, due in part to the following:

There are a larger variety of power strips available at different price ranges and some of them do little more than act as basic extension cords with a number of power outlets.

It’s important to understand that power surges are capable of acting on any electrical wiring in the home, including low-voltage phone and cable wiring, causing damage to any device connected in this manner.

There are a variety of delicate electronic components in the average home that simply did not exist until recently. Newer appliances, thermostats, telephones, streaming media devices and more; most now contain delicate electronic circuitry for providing additional functionality designed to make our lives more convenient.

If you were to simply protect your computers with surge strips, as mentioned above, you'd likely be neglecting a large number of expensive devices in your home that you might not even realize are susceptible to power surges. Power surges can have a devastating impact in your home and can cause more than simple inconvenience; they can cause thousands of dollars in damage to the devices you depend on for your livelihood.

Let’s talk a bit about power surges and how they happen.

Power surges are typically caused by one of two occurrences – lightning strikes and, far more often, electrical anomalies such as problems affecting the power company and even sudden fluctuations in the electricity usage of devices inside the home.

Surges caused by lightning strikes, while less common than surges caused by other occurrences, have the ability to cause the most damage because they are far more powerful and dangerous. If you ask any electrician in Orlando, they would tell you that lightning doesn’t have to even directly hit a power line to cause catastrophic damage; underground low-voltage lines are just as susceptible to surges and can happen without a direct hit. Lightning directly striking a power line near your home, on the other hand, can affect every device in the home and greatly damage standard 20 amp electrical wiring, even causing catastrophic electrical fires.

Power surges caused be electrical anomalies are far more common than lightning-induced power surges and, while not as powerful, are capable of causing a wide variety of issues in any device with electrical circuitry. Causes of this type of surge include downed power lines, issues with the electrical grid, poor in-home grounding, and power fluctuations in the operation of devices that need to use more electricity during certain operating cycles. Sometimes, you’ll notice an issue with an electronic device affected by this manner of surge right away. Other times, you may notice the device behaving “strangely”, with certain functions or features not working properly, if at all.

So, we’ve discussed what power surges are and why they happen. But, what’s the best way to protect against them?

Fully protecting your home against power surges requires protecting both the entire home’s electrical wiring as well as protecting individual devices that are susceptible to power surges. In the first case, whole-house surge protectors are available for wiring to the home’s electrical service panel. In the second case, individual surge protectors are available for providing power to vulnerable devices. Both types of devices function on the same basic principal: when they detect voltage at levels above the norm, they divert that additional voltage to the electrical ground, thereby protecting attached wiring and devices from a power spike created by a power surge.

Whole-house surge protectors are generally wired to the home’s electrical service panel, a process best performed by a licensed electrician. Your electrician should also have the expertise and knowledge of your home’s electrical system to be able to provide or suggest an appropriate surge protection system with features and capacities appropriate to your specific requirements.

In addition to whole-house surge suppression, “plug in” surge protection devices are required for additional protection on sensitive electronic devices. This is due in part to the fact that whole-house protectors, while able to stop the vast majority of excess voltage immediately, are not able to divert all voltage resulting from a power surge, and devices within the home may still be susceptible to damage. There are a wide variety of devices available on the market for protecting individual devices. If you’re in the market for one of these devices, a knowledgeable sales specialist at your local home supply store can help you choose a device that fits your specific requirements.

In summary, one cannot be too mindful of protecting against power surges, as the damage they cause can be extremely costly and dangerous. We hope this article has helped to explain some of the reasons you need surge protection and has helped shed some light on the various protection methods available to prevent power surges from affecting you and your home.

Spectrum Electric is a top electrical service in Orlando and top provider of surge suppression solutions, including whole-house and individual device protection as well as electrical ground and wiring evaluation and upgrades. We handle any and all core electrical services, both residential and commercial.